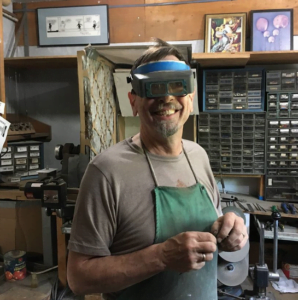 If you read my last blog, you know all sorts of ways you can control your career’s destiny from the perspective of health.

But, what if something outside your body takes control? What if your instrument simply does not fit your body and refuses to cooperate with your plans? That is what I encountered.

I have small hands with very short fifth fingers. With a flute that has a traditional key layout, that’s simply a recipe for disaster. It can cause carpal tunnel syndrome in the left hand, as the wrist torques in an unhealthy position. In the right hand, the stretch that the fifth finger makes to the foot joint keys is just too much! It can cause all sorts of ulnar nerve issues.

Years ago, I had decided to purchase a new flute, and I knew it would be gold. I went to the National Flute Association convention and hit the exhibit floor. 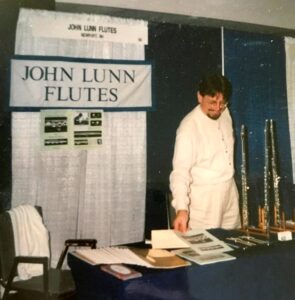 I set out to test every gold flute available. Many of them were lovely, but didn’t stand out from the instrument I already had at the time. That is, until I happened upon a maker I hadn’t previously known about. When I tested his flute, one note told me everything I needed to know. The tone was pure, warm, and malleable. It was a clear winner.

But, that was just the beginning. I started talking with John, and he told me that he had started structuring his flutes in an ergonomic way in order to fit them to each player’s hands. Since I was still limited by my previous injuries (and finally smart enough to listen when my body said to stop!), I was intrigued by the idea of a flute that just might allow me to play with complete freedom.

After a lot of discussion, I took the plunge. John was able to map my fingers when I put them in an ideal position, and he used that to find the right set up for the new flute. He then built an instrument custom-designed to my hands.

When I received the finished product, I was on my way to a performance. I took the brand new flute with me, thinking I could start acclimating to it during intermission. Ten minutes into the concert (still playing on my old instrument), I was in pain all the way up my right arm. 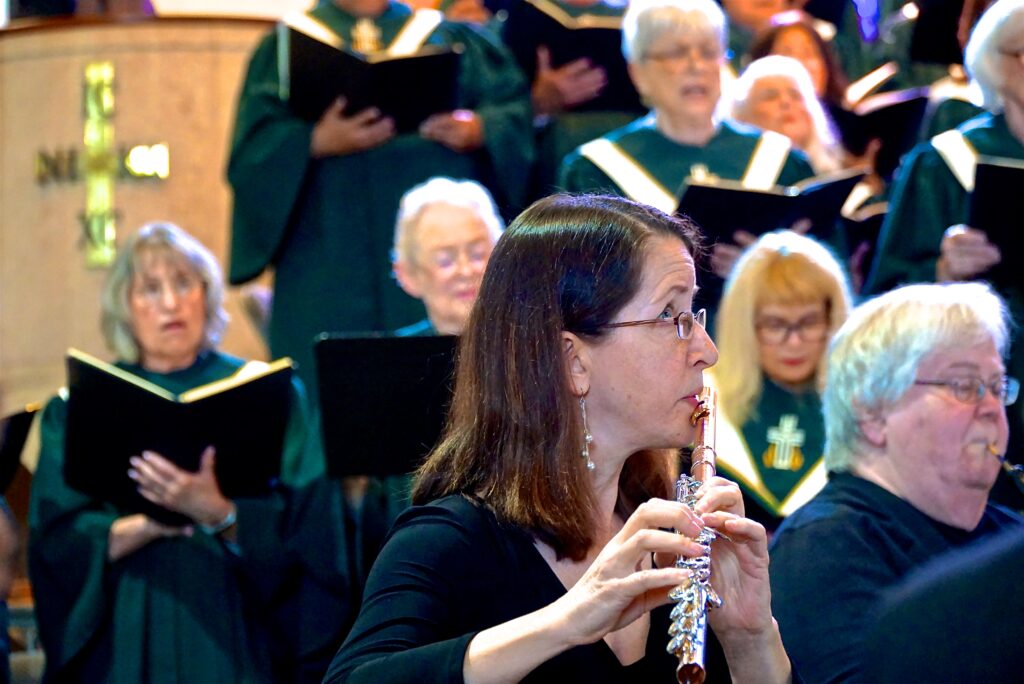 I waited for a rest long enough to make the switch, and played the remainder of the performance with the new flute. Mind you, I gave myself no chance to get used to it. There was no getting-to-know-you phase. I jumped in feet first, and the water was amazing!

From the first note, my flute and I had a fabulous, intuitive relationship. Not only was it easy to produce the colors and nuances that I wanted, but most importantly, my hands were relaxed and comfortable. I didn’t even have to think about the transition, since it was such a natural placement.

My dear flute and I just had our 25th anniversary, and our relationship is stronger than ever!

If you would like to explore John’s work, check him out at www.johnlunn.com. His current site is a bit basic because John is building a new website, no doubt reflecting a new phase in his life.

His YouTube channel features many of his masterpieces, and you’ll find that most of his instruments have fascinating stories to tell.

Now, here’s a question: what does a small-handed person do if they play piano?!

I’ll be talking about that next time.